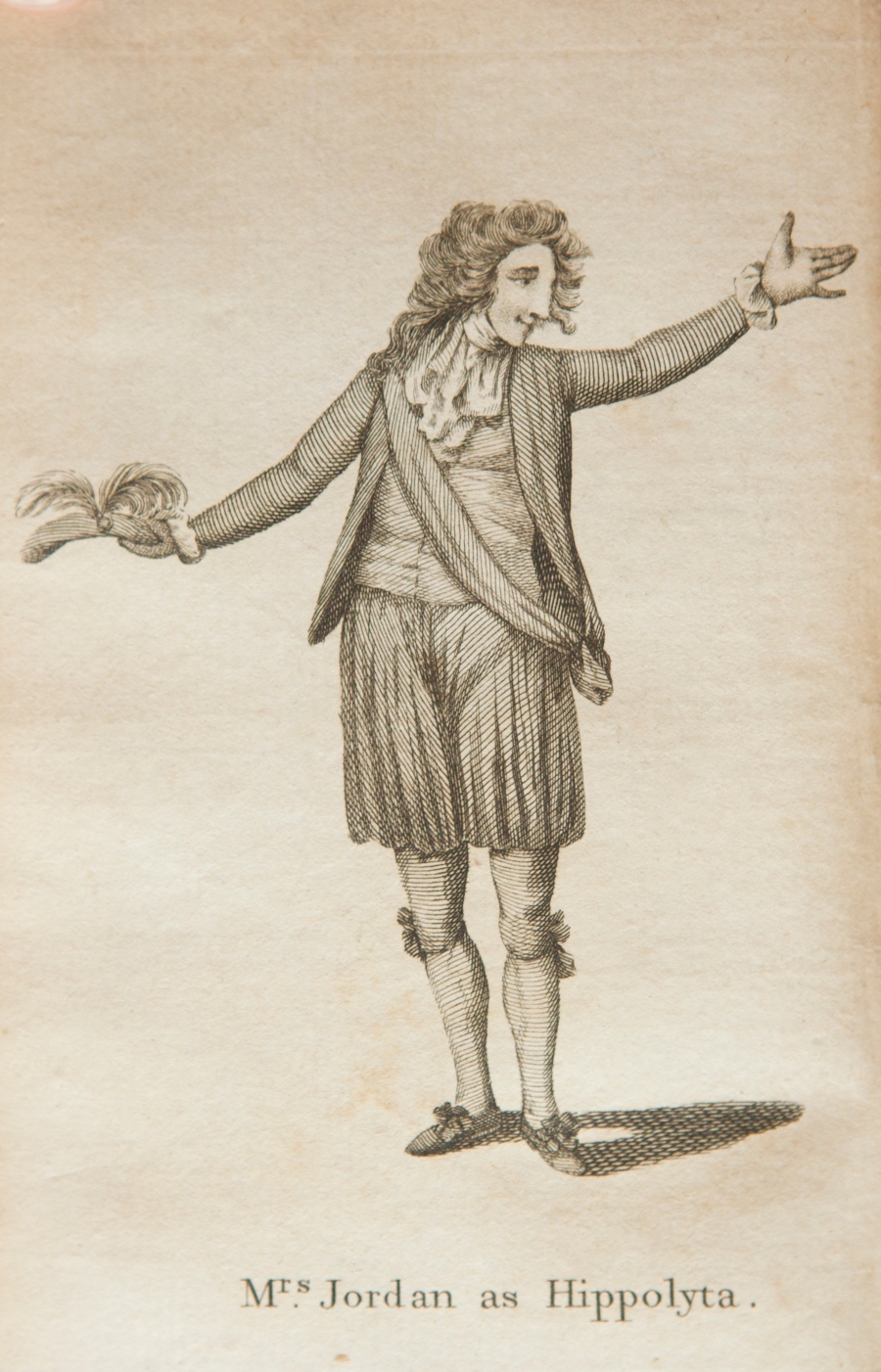 I was excited to get my hands on a theater manager’s handbook from Theater Royal on Drury Lane. The manager at the time was Richard Brinkley Sheridan known for writing School for Scandal. In the cover of the book is some handwriting, Dora Jordan’s perhaps–it matches hers, and the notation that there were six plays and six handbooks.

Above is a cast list and the first page of the play “She Would and She Would Not.” Note the long s, showing that this was pre 1800.

I’d be glad to answer further questions about this book for all who are curious about its history.

Those who know me know that I love live theater, especially old  comedies. I like live theater so much, I don’t even care if it’s bad. Natural Attraction includes some bad theater and a traveling cast of “actors” as was common in the days before movies and television.

Wolves and Deer is a novel about Dora Jordan herself. If you’re a theater fan, be sure to check it out.