Many readers are eagerly awaiting the release of the movie version of A Wrinkle in Time this coming March. When the novel was first released in 1963, the story of awkward Meg Murry who traverses time and space to rescue her scientist father wasn’t expected to be a big seller. It was in author Madeleine L’Engle’s words “peculiar” with its female protagonist in a dark science fiction novel for children. In the 1950s and early 1960s it wasn’t common for books for children to deal with things such as death and social conformity. Yet A Wrinkle in Time has sold continuously since its publication and won The Newberry Award despite mixed reviews when it was released. Madeleine L’Engle struggled to make a living writing and garnered thirty rejections for A Wrinkle in Time before it was published. She offers many tips for aspiring writers in her book Reflections on a Writer’s Life. Here are my sixteen favorites:

A Wrinkle in Time inspired me to be a scientist-mom like Mrs. Murry and gave me the courage to buck society’s expectations for women. I’ve nevermore been able to accept lifeless female characters. For more thoughts on writing, read Madeleine L’Engle Herself: Reflections on a Writer’s Life. (2001) 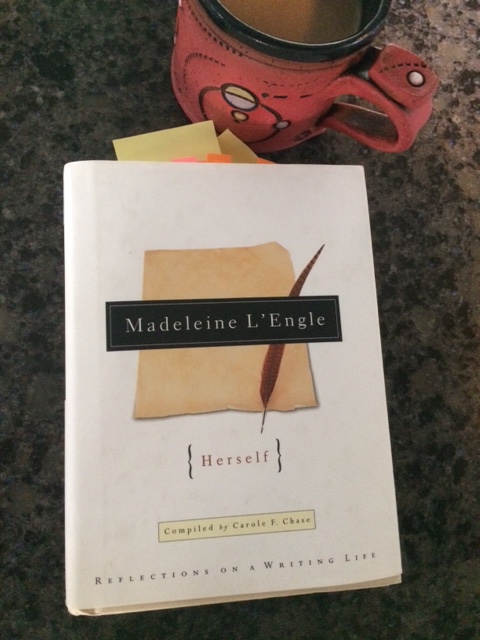