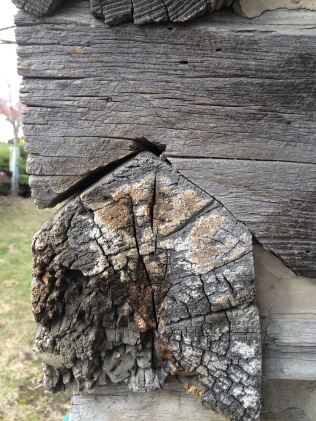 This shows how Mr. Tuttle, from a family of cabin builders, fir together a cabin that has stood firmly for over 170 years

Have you ever wanted to see an authentic log cabin? There’s one in my hometown of Pella, Iowa.  It’s Pella’s oldest known structure and was built by Thomas and Nancy Tuttle in 1843. At the time, the land was bordered on the north by timber. The Tuttles split their own rails, dug a well, and made their home on the present site of Pella. They later sold their home and small farm to the Dutch settlers, who paid in gold. The town of Pella grew around the little cabin, which still stands today just to the east of Lincoln School and to the south of Sunken Gardens Park. It was an artist’s studio for many years but was sold to the Pella Historic Trust and was renovated. 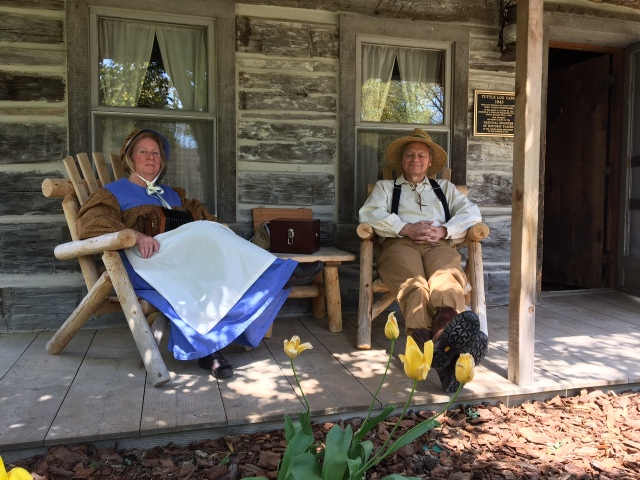 Tom and Nancy Tuttle–portrayed by Tuttle decedents–relax in front of the cabin during Pella’s Tulip Time 2017.

The cabin is located just around the corner from Sunken Gardens Park at 608 Lincoln St. in Pella.