Removing radon from most homes is a simple process–a tube going beneath the foundation and a fan remove the radon and vent it outside, away from windows and places where people are most likely to go. The radon is quickly diluted by the outside air.

My house, however, wasn’t as easy as the picture shown above. First of all, the vent must be ten feet away from any windows that open. My house is filled with windows. We found a spot in the side yard to place the fan and vent. It was close to the high radon side of the house, too. We don’t hang out much in that section of the yard.

Second, the radon was coming from one nasty spot not easy to vent–a place in the cellar where a drain had been cut into the foundation. This is a thick walled cellar. By cellar, I do not mean a basement, I mean, a true cellar that’s underground with no windows.

Warning: photos of my old basement ahead. 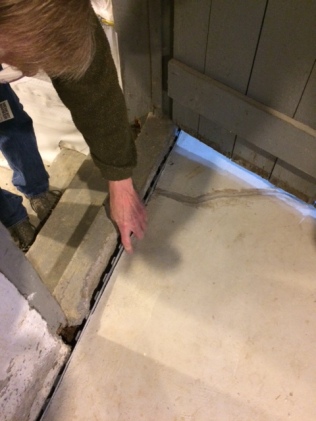 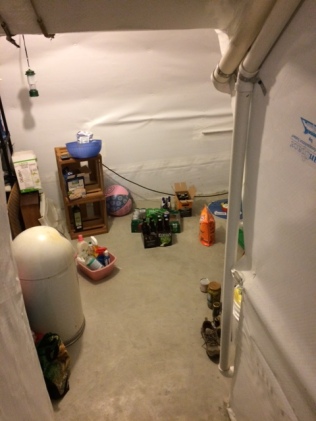 An area where radon is coming in is a drain vent added there recently.  It’s near a deep cellar. The heavy gas concentrated in the cellar–great for tornados, bad for radon.

The next step is to test for radon using several meters throughout the house to make sure the gas is expelled and not re-entering. It can take a few days for radon level to drop. If we don’t get it below the level of 4 pCi/L we’ll need more tubes.

You might wonder if I can hear the radon fan. I’m not sure. I hear a fan when I’m next to the window closest to the fan. However, is it the refrigerator or the radon fan? I have radiators that make a gentle rumble. (In the summer, it will be next to the air conditioner.) If it makes a noise, its not a loud one.

One in fifteen homes in the United States tests high for radon and in Iowa, the ratio is seven out of ten–the highest in the nation! (However, some states such as Pennsylvania and South Dakota have higher average ratings. Click here for a map.) Even though I don’t spend much time in my basement, I’m glad to have done this.Going into the cellar always made me sneeze. I though it was mold but maybe it was the irritating radioactive gas. Now I can dodge tornados more safely.